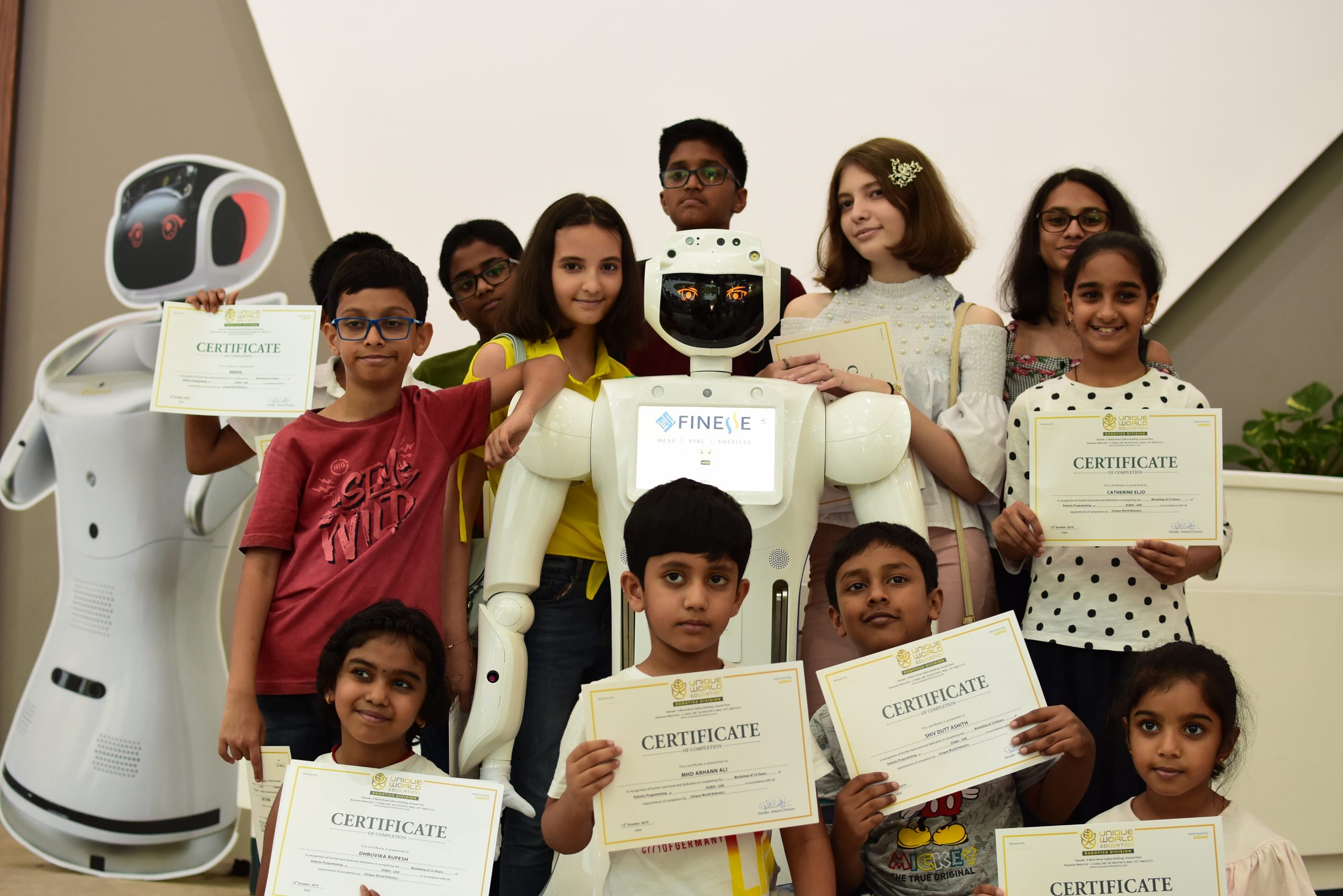 Humans!! How far have humans come? United we’ve been able to survive and develop in any environment, all over the world. Changes and adapting have always been a crucial part of this whole persistence. Every hindrance has made us strive for a way out, bringing in a change that has paved a way for new inventions or improvised applications of the invention.

Technology has been integrated into every part of our lives. From the era of creating stone tools to artificial intelligence, technology has evolved rapidly, where adopting it needs a legit strategy. This era is growing along with the technology where increased connectivity and communication has rooted new ideas and inventions to spread at speeds never seen before and this enables a new tech to get in the hands in blink of an eye but inadequate change in education system has made us lag as a passive user who doesn’t think how the particular technology we use works.

Robotics is now considered as the science behind most of the emerging technology and its applications range wide enough to be implemented in medicine, elderly care, rehabilitation, education, home appliances, search and rescue, car industry and more and also integrating it in schools just like mathematics or science to prepare children from their early stages has become a necessity. With the help of teachers and parents, this would help children draw a boundary between them and technology where they learn to objectify robots than personifying it. Children must understand that in any circumstance, humans are the driving force and the technology is always driven by us, this gives them the confidence to collaborate and work and not get threatened by the technology.

Researchers at MIT have developed an AI curriculum called PopBots that guides children as young as 4 to teach a robot to play the game Rock, Paper, Scissors; to divide foods into healthy and unhealthy groups, and to remix melodies to create new strains of music. The children answered many questions correctly on a test afterwards and were able to discuss AI concepts.

Also UAE Minister of Education Al Hammadi has stated that the UAE regards AI as an essential subject, the idea and elements of which are taught since kindergarten through the ‘Design and Technology’ subject to the “climax” that comes in grades 11 and 12, where student teams use a “holistic approach”, including AI, to solve problems.

According to Florence R. Sullivan from University of Massachusetts, there are solid associations between the objectives of scientific literacy and robotics. In addition mentioned that four of the six thinking skills characteristic of scientifically literate people are the key elements for the robotics studies. Characteristics that are improved in students defined as computation, estimation, manipulation and observation in her study.

Science is an integral part of our lives and science cannot be isolated from our society and the intention of science education should be for students to interact with scientific ideas, develop scientific skills in order to transfer scientific ideas to make justified socio-scientific decisions but due to traditional approaches at schools science has become a non-relatable subject for the students making them avoid to choose a career based on science, technology and engineering.Robotics based education offers students multiple opportunities to design, build and program a robot when they are learning science topics.Revolutionaryrobotics hands on and minds on approach proportionately increases student motivation towards science and technology making tem future ready!!